How does Dermoid Cyst form, and Where ?

Now please do not say what’s that to me; because it is important with respect to identify from what group cell the dermoid cyst origin, how they develop and how can they be formed.
But in brief, the most important point to know is that dermoid cysts are benign germ cell tumors, and are in a subgroup of teratomas (please visit the section “What is it?” in our website for details). (1)

The word teratoma is derived from the Greek word for “Terrace” that means monster. The term “dermoid cyst” was used in the veterinary literature in 1831 for the fist time by Leblanc, who removed a lesion containing hair and sebaceous material from a horsehead (2).

The term dermoid cyst has been used for a period of more than 100 years; and today, it is known that mature cystic teratomas are extremely well-differentiated cystic tumors containing tissues that belong to each of the three germ layers, and they are also teratomas.

Since it contains each of the three layers that play a role in the formation of the embryo, it can be involved in the creation of all kinds of organs! However, because it is easier to form keratinized tissues, it often contains sebaceous material and hair. 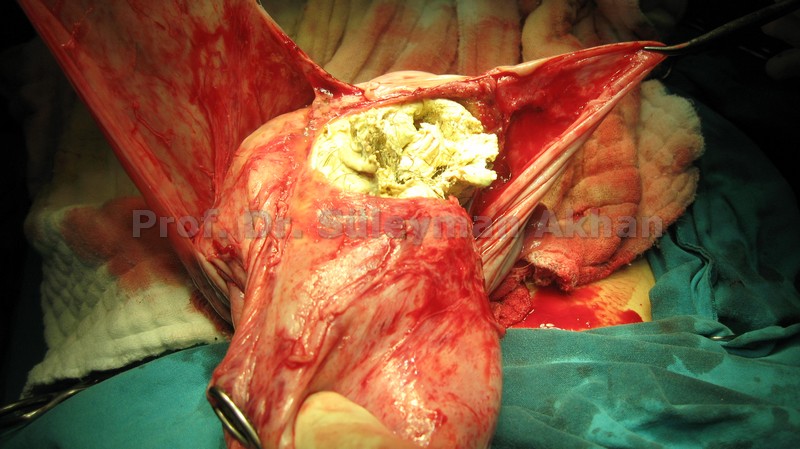 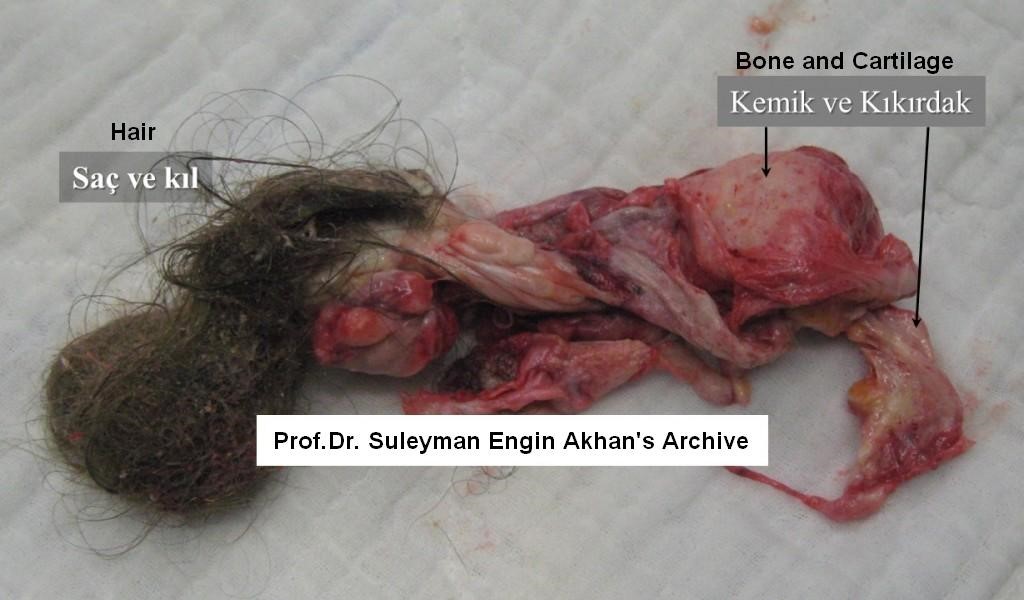 At the point reached today, studies show that ovarian dermoid cysts originate as a result of abnormal meiosis of germinal cells in ovaries (3). The problem is that when and how pathological signals triggering this abnormal cell division emerge are still unknow.

In fact, this subject has long been investigated. For example, Linder et al investigated the genetic background of dermoid cyst in 1975, and showed that the problems emerge as a result of abnormalities only in one germ cell meiosis (4). Nevertheless, they could not find the answer to the “question of the century” that I asked above.

Although our subject is about ovarian dermoid cysts, they are most commonly seen in the sacrum, i.e. coccyx (57%), when the distribution of all dermoid cysts (mature cystic teratomas) seen in our bodies are investigated. It is a serious problem. Only those who have suffered it knows it:-).

Its prevalence in the reproductive organs, i.e. gonads is 29%. Its prevalence is % 4 in the area behind the peritoneum (retroperitoneal), and is % 3 in the cervix. According to the literature, it is seen in the cervix as well; but in fact, I have not witnessed this 🙂 (5,6)

Dermoid cysts are seen mostly at ages ranging from 20 to 40. But it can be seen at any ages.